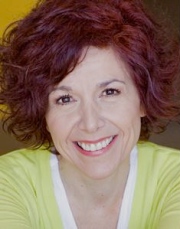 An article I posted, What the Oscars Tell Us About How Society Views Women, is getting a lot of play.  It addresses Best Actress winner Cate Blanchett’s acceptance speech calling out studio heads and filmmakers for keeping women’s stories sidelined — even though many play big at the box office.

Blanchett is correct.  Her film “Blue Jasmine” made money, as did “Gravity” – a film occupied almost solely by Sandra Bullock.  What about “Bridesmaids,” “The Help,” and “Philomena,” starring the always superb (and 79-year-old) Judi Dench.  Per Forbes Magazine, Philomena has so far earned “a worldwide box office of $85 million.  [T]he $12 million movie earned 708% of its production budget at the box office.”  Clearly there is a market for the stories of women – heroic, tragic and comedic.

On the Jerry Doyle Show (3/3/14 ), Jerry and I shared our thoughts about the ceremonies and discuss “Funny Ellen”,” Best Documentary winner “20 Feet from Stardom” and the realities of women in the film business today.

With both of our careers taking us in and around the acting community and Hollywood, Jerry and I have a lively cohabitor’s view of the highlights, lowlights and inevitable controversies of Oscar Night that you don’t want to miss.

View all posts by Anita Finlay