The odds were running high against the young Kohlrabi plants from the start.  They were an impulse buy spurred on by my childhood memories of eating them raw and fresh peeled from my grandmother’s garden.  I love Kohlrabi’s sweet cabbagey flavor.

I’d never seen Kohlrabi for sale in our local garden center before.  Nor had I seen them locally in the grocery store or, even, served in area restaurants.  I wasn’t sure why the young overly leggy plants were suddenly available now.  I wouldn’t have thought our current 85-90 degree weather was ideal for Kohlrabi.   But I brought them home anyway.

The instructions were to plant in well-drained, moist soil and with 6+ hours of sun.  The companion planting guide suggested (without any explanation as to the whys of it) that Kohlrabi dislikes strawberries and tomatoes, and were beneficial next to onions.  The best I could do was last season leeks that were starting to flower.  So I planted them there.

All seemed well at first.  But as the weeks passed, these “fast growing” plants didn’t grow much.  And then, just when the kohlrabi bulbs were finally starting to expand on their leggy stalk, I noticed big chucks of their leaves were missing. 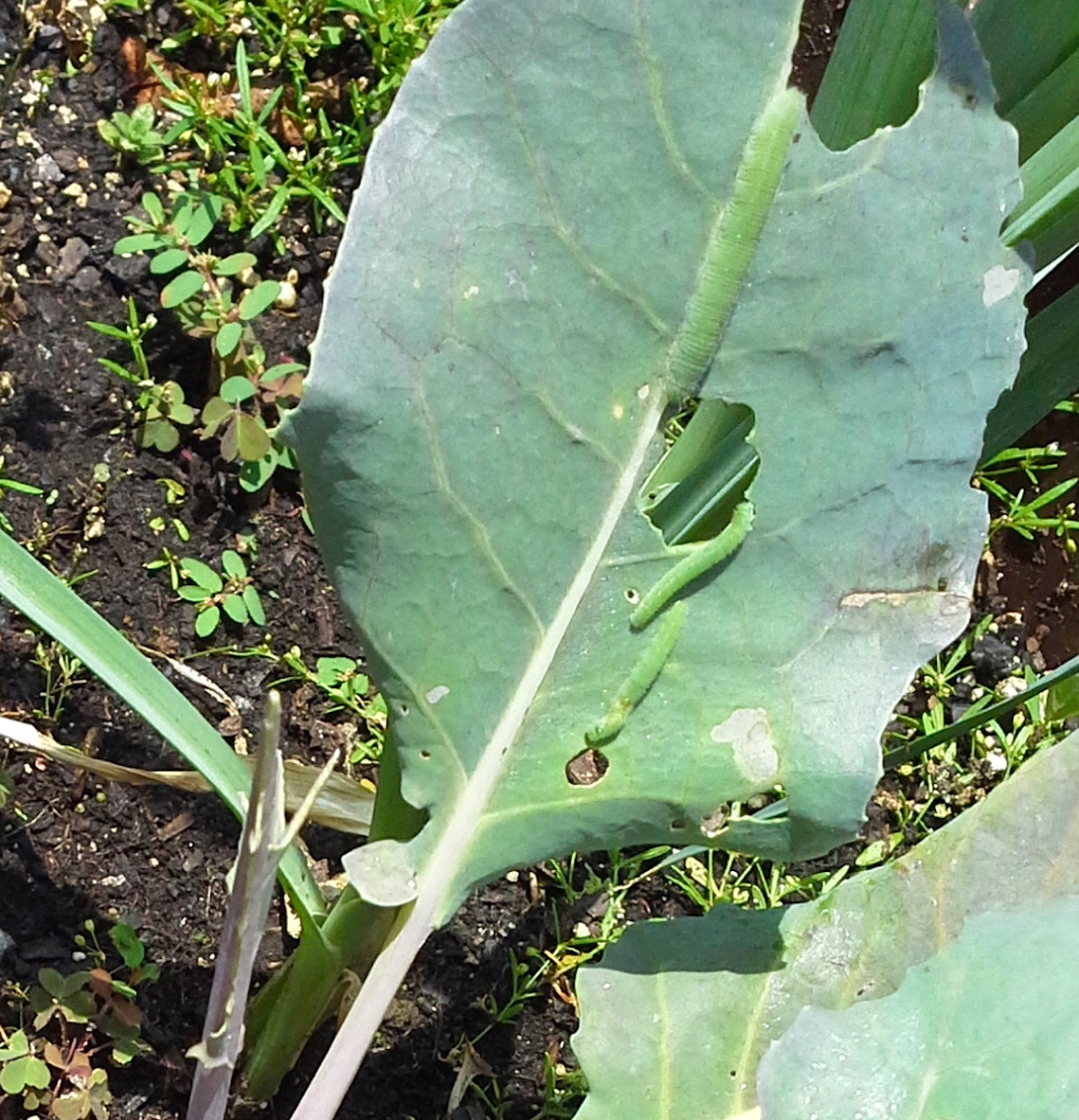 By the next day my poor kohlrabis were covered in tiny green worms.  They had become the feast at a cabbage worm buffet.  Every plant was alive with bright green strips that seemed to double in size almost hourly.   As I sat on a nearby garden bench wondering whether to let nature take it’s course and see what happens next or try to save my plants by picking the worms off by hand, nature stepped in. 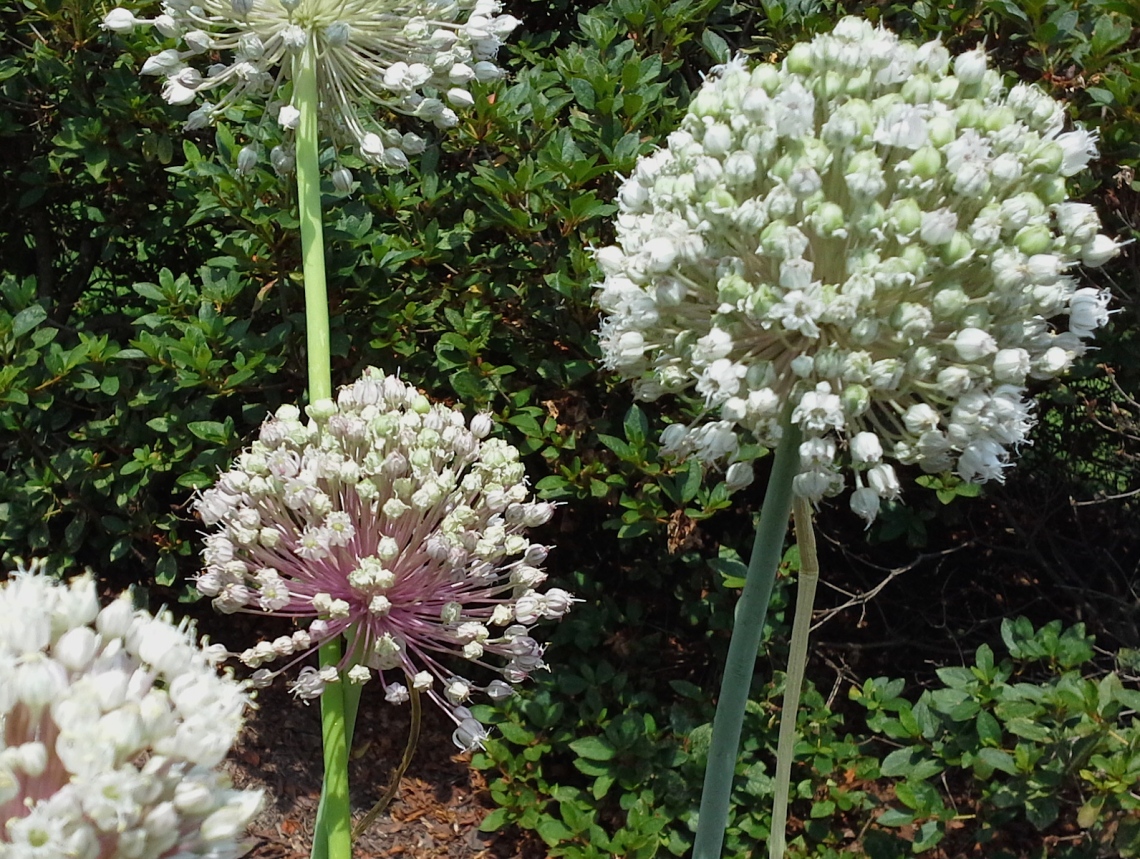 I noticed two giant black wasps on the flower of the leeks.

Even as I marveled at the size of these giant wasps and I reached for my camera, one wasp flew to the underside of a kohlrabi leaf and slapped the leaf with it’s tail, flinging loose a large cabbage worm.  Immediately, the wasp snatched the worm and carried it to the edge of a neighboring pot.

And just that quick, the feasting worms became a meal for the giant wasps.  Nature had turned the tide on the cabbage worms. And, there was hope again for the poor kohlrabis.

Until, several days later, when a new visitor showed up.

And there were no more giant wasps to save the day…