The end of Cash for Clunkers, aka CARS (Car Allowance Rebate System) program, was at 8pm Monday night. But for a short-lived program that burned through $3 billion in about a month, it has successfully managed to hit an amazing amount of sour notes for all its claims to be a sweet deal that was quick and oh, so simple. 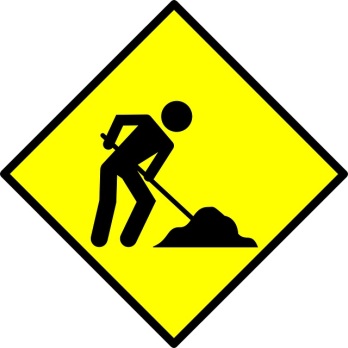 Of course, Cash for Clunkers was presented as a win/win/win program aimed at stimulating the economy, providing relief for automobile manufacturers and reducing greenhouse gas emissions.  On the other hand, the end results seem to have left the Obama administration with a lot of its “unders” showing.

Next time maybe the administration should not go for a rush job. Take some time to think things through.

From the Detroit Free Press:

“We set up the program in 30 days, which was what Congress gave us,” said Jill Zuckman, assistant to Mr. LaHood. “No one anticipated that 250,000 cars would be sold in the first four days. It proved to be more than the people we had available could handle.”

Dealers exacerbated the problem by making many thousands of deals before final program rules were posted on July 24, she said.   As the program winds down, only about 1-in-5 of the cash-for-clunker deals reviewed by federal officials have received approval so far, raising questions about whether dealers have been too loose in enforcing rules or federal officials too strict.

… the Obama administration is to end the cash for clunkers program to prevent car dealers and shoppers from claiming more than the $3 billion Congress approved. The decision announced Thursday means that the program expected to generate 250,000 vehicle sales over three months will have triggered more than 700,000 in about a month. …

But, with only a fraction of the deals actually processed, are we sure they won’t need $4 billion?

The Obama administration has struggled to keep the clunkers plan in check, pushing an emergency $2-billion extension through Congress earlier this month when the plan burned through its original $1 billion in about a week. Backers of the plan previously said they would not seek more money, and the White House reiterated that stance Thursday.

Do you get the feeling they had their fingers crossed when they said that.

“We’re confident that with this window, we’ll be bringing the program in within the range allocated to it,” a White House official said. The U.S. Department of Transportation said $1.9 billion has been claimed so far through 457,476 transactions, but it estimated that dealers are likely sitting on another $400 million in deals that have yet to be submitted. With the cost of overseeing the program likely close to $100 million, that would leave about $600 million available.

Too bad they had to resort to volunteers and overtime, I’m sure there are unemployed that would have loved a pay check – even if only temporary.

The U.S. Transportation Department, billions of dollars behind in paying “cash-for-clunkers” rebates, has hired private contractors and solicited volunteers from the Federal Aviation Administration and its own executive ranks to work overtime to clear the backlog.

Employees of the FAA’s air-traffic-control unit were asked to help, but the Transportation Department stressed Friday that essential safety personnel were not diverted from their duties. A total of 1,200 workers, including about 300 contractors from Citigroup, the financial services giant, are now working seven days a week to review applications and reimburse auto dealers for rebates advanced to customers, officials said.

Hours before the Monday night deadline for Cash for Clunkers sales, the government gave dealers an extension, until noon Tuesday, to file the paperwork to get repaid. The deadline for sales was not affected. The Transportation Department granted the extension after the Web site set up to handle the claims was temporarily shut down from overload.

According to cars.gov website, reimbursements to dealers was suppose to take only 10 days.

…a White House official said Thursday that only $145 million, or 8%, of the $1.9 billion claimed by dealers from the program has been paid out by the government so far.

Of the 457,476 deals submitted, the administration said about 170,000 had been reviewed, with a “large number” rejected for incomplete or inaccurate paperwork. Under the law, customers had to meet several requirements, such as having the clunker registered and continuously insured for the past year, proof of which dealers have to submit to get reimbursed.

Given the average clunker voucher of about $4,200, the government’s figures suggest that fewer than 35,000 deals have passed muster. Several dealers have warned that the backlog of claims was threatening their business; GM and Chrysler said Thursday they would advance cash to dealers while they waited for clunker payments.

So remind me, who were we spending $3 billion to help – US auto manufacturers, US auto assemblers, or anyone in the Auto Industry anywhere in the world?

CARS it seems makes for an expensive way to reduce carbon emissions, especially since the net result of which is not overly green and it might actually encourage more driving.

One estimate, by Henry Jacoby, co-director of the Joint Program on the Science and Policy of Global Change at MIT, is that CARS will reduce carbon emissions at a cost of about $160 a ton; Knittel [Christopher Knittel of the Center for the Study of Energy Markets] puts the figure at $237 and possibly much more. By comparison, a ton of carbon on the European trading system goes for about $20 right now.

There is also the

“Mexico effect.” As Matthew Kahn, an environmental economist at UCLA, notes, the North Atlantic Free Trade Agreement has, in effect, been a hemispheric cash-for-clunker program, as the United States and Canada ship used but sellable cars south of the border. If these are sent to the scrap heap instead, that means that many older and dirtier Mexican clunkers will stay on the road longer, reducing the gains of the slightly greener U.S. fleet.

Moreover, most of the the funds for cash for clunkers came by shifting money from the loan guarantee program for renewable energy, which is designed to make it easier to invest in and expand green energy projects. Unfortunately, there is no alternate universe in which to test whether there would have been more green for the buck had the money stayed where it was.

Even with more fuel-efficient vehicles on the road, it does not always follow that gasoline consumption will fall, especially as gas prices currently average 30 percent below last year’s record highs.

Harvard Economist Edward Glaeser, in an op-ed article in the Boston Globe earlier this month, wrote, “One side effect of the program is that new car owners will surely find it more appealing to drive in their snazzy new cars.”

The program, he said, assumes there is a defined amount that people drive that does not change. Subsidizing the purchase of more fuel-efficient vehicles, while it may lower the amount of gas used per mile, could end up encouraging people to drive more. …

Again.  Are you surprised?

This maybe the end of cash for clunkers, but when do we stop digging?